When you think of music, Bulgaria might not be the first place that comes to mind. But it definitely has soul and Ruth Koleva is leading the pack. Born into the hardship of post-Communist Eastern Europe, she quickly developed into a rounded artist. There were multiple excursions into local scenes and a stint at the Hollywood Pop Academy which culminated in her debut album. Ruth scooped the top prize at the BG Radio Awards in 2014. Hit-making producer Mark Ronson (Amy Winehouse, Lady Gaga) called it “amazing”.

Koleva has since become a national treasure. She’s shared the stage with legends including jazz vocalist Bobby McFerrin, wooed kindred spirits like N’Dambi and performed two sold-out concerts at Bulgaria Hall with the Sofia Philharmonic Orchestra.

The power of her music is subtle yet absorbing, rewarding those who spend time with it. She is also very versatile and has collaborated on remixes with the cream of the global underground including Kaidi Tatham, DJ Spinna, Mark De Clive-Lowe, Eric Lau, Opolopo and Shuya Okino.

On her new album ‘Confidence. Truth’ expect an even more affecting set of songs with a contemporary twist, produced by Crooked Waters’ Kan Wakan and bolstered by tight band of musicians including Ron Avant (Anderson Paak) and Jameel Bruner (formerly of the Internet).

A deeply personal collection of pop songs encapsulating a variety of moods – from melancholic studio confessions to epic, euphoric anthems. With a little brassy defiance thrown in for good measure.

Produced by compatriot Gueorgiu Linev of LA band Kan Wakan, and written with rising star Rachel Row, Jonah Christian (Stones Throw), Lindsay Olsen and SAIGO, ‘Confidence. Truth’ feels like the kind of album that could easily conquer radio and yet also be your closest companion and confidant.

Although rooted in soul and influenced by jazz like its predecessor, this is Koleva as you’ve never heard her before. The sound is big, highly evocative and always moving. You feel it mirrors the restless spirit and growth of the artist herself as she flirts with the past, confronts her demons and finds joy in rediscovering herself.

Ruth Koleva will also be touring Asia and Europe in 2018.

Ruth Koleva is looking for booking worldwide
A selection of tracks from Ruth Koleva’s latest album can be found here. 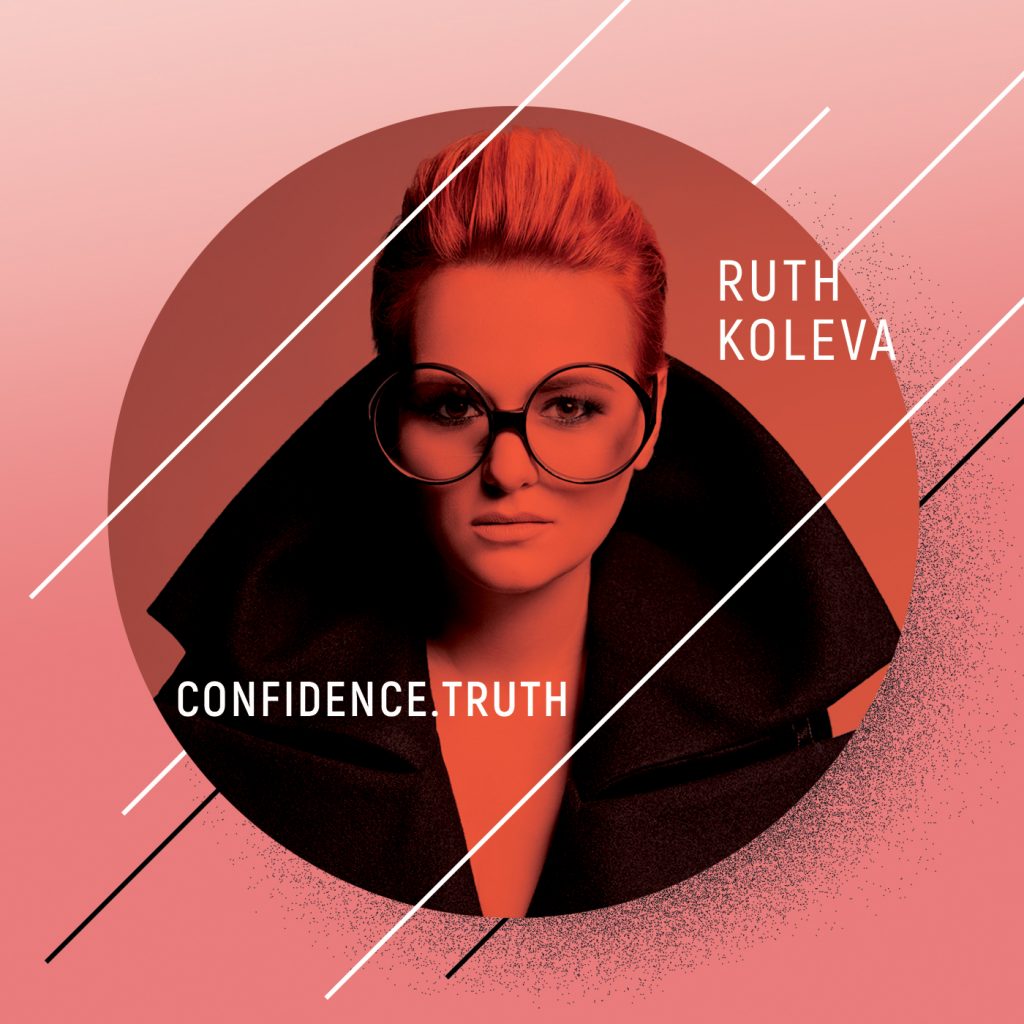 The Mystery of the Bulgarian Voices

The Mystery Of The Bulgarian Voices (Le Mystere des Voix Bulgares) Female Vocal Choir known in the past as The Bulgarian State Television Female Vocal Choir is an ensemble of rare artistic gift and enormous popular appeal. The choir truly represents one of the most amazing success stories in music. Created in the early 1950’s the choir’s first mission was to record authentic choral folk songs arranged for multiple voices to be recorded and broadcast first on the radio and later on TV.

The Swiss music producer Marcel Cellier discovered the beauty of the Bulgarian folk songs, folk singers, their unique voices and choral skills and in 1975 released his first album with songs performed by the choir – Volume I, which he called “Le Mystere des Voix Bulgares” (The Mystery Of The Bulgarian Voices). The album soon became a best seller. In 1987 he released Volume II which was awarded a Grammy Award for Best Traditional Folk Recording in 1990. It was at that time that the choir adopted the name “Le Mystere des Voix Bulgares”. Since then the choir has performed more than 1250 concerts in major concert halls all over the world under the direction of the conductor Prof. Dora Hristova.

After a pause of more than 20 years, the choir have made a comeback with a new album, featuring Lisa Gerrard (Dead Can Dance) as a guest singer. This album will be different than their previous albums of purely folklore songs, as it seeks the connection of the Bulgarian folklore with other traditions and cultures without losing the identity and uniqueness of the voices of the Bulgarian singers. The focus of the album is on the voices and the different vocal styles and techniques of the choristers, which are accompanied by acoustic instruments such as strings and various types of world percussion and even a beatboxer.

Most of the instruments used in the album are not typical for the Bulgarian traditional music, which represents the Bulgarian music in a new light, avoiding the cliché of just traditional folklore music. The unique voice and style of Lisa Gerrard comes as a perfect addition to the sound of the choir and takes the music to a different level, helping it to cross borders.

The album will be released on Prophecy Records on 20th April in Bulgaria and 25th May for ROW.

The new single can be streamed here.
The Mystery of the Bulgarian Voices are looking for booking worldwide excluding North America. 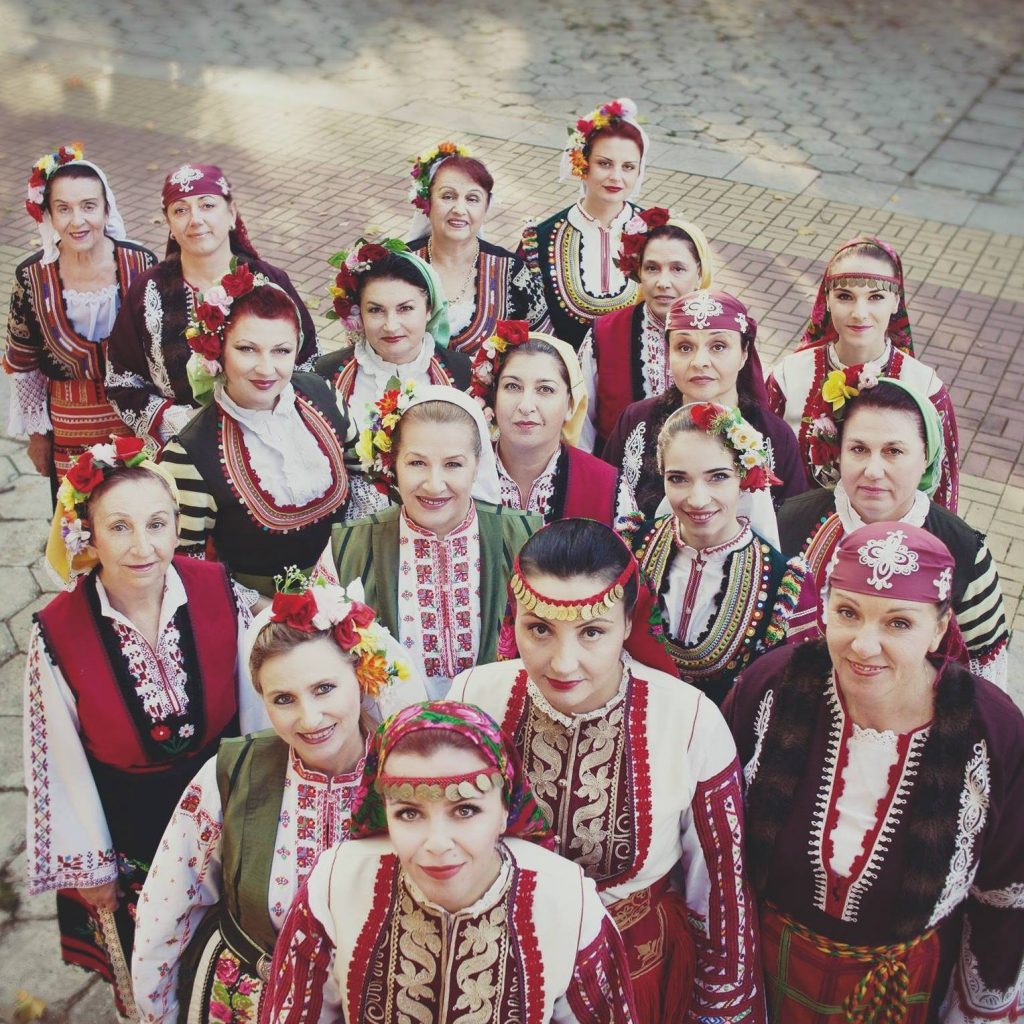